“ What the fuck? This is horrible”- I quit my Job after two days 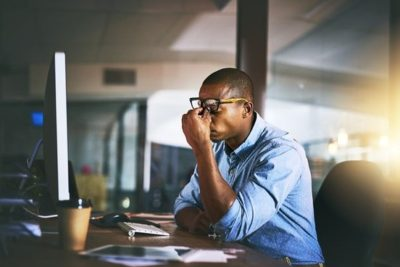 We spoke to Chucks, a product designer who told us about the shortest period he had spent working at an organization. His story is one that many people can relate to, especially when dealing with some superiors. He quit his Job after two days. In his words “I quit my job and was happy.”

So, tell me how it all started.

I think it was three years ago. I received a call around 8 pm from the HR manager of the company. He called and said that I had applied for a job in their company. He wanted to know if I would be available for an interview the following day.

Calm down. I didn't even remember applying for a job at the company. When the HR manager sent me the address, he didn’t mention the role.

Why didn’t you ask the HR manager when he called you?

I didn’t want to come off as unserious. But I had a clue. I’m currently a Product Designer. In 2018, I applied for jobs relating to Graphic design, video editing, and content writing. I knew it would be one of those.

Cool! How was the interview?

The interview was great. I wasn’t the only candidate, but I was the first person the HR manager interviewed. After the interview, we were asked to go to a board room. They gave us laptops with Photoshop pre-installed. The HR manager projected a brief and asked us to come up with a design for the brief. We had 1 hour. Guess how long it took me?

Not really. I had another virtual interview that day that I did not want to miss. So, I just did what I had to do. Shortly after submitting the design, the HR manager informed me that the had CEO asked to see me. I was even thinking that he wanted to insult me for wasting their time. The CEO was super impressed. He offered me a job on the spot and gave me a blank cheque; Also, he asked me how much I wanted to earn.

Omo! What did you tell him?

I told him 100,000 naira. I wasn't expecting that type of question. It was the first amount that came to my head I mentioned. In my defense, I was earning 52,000 naira at the time.

Oh wow! So what changed when you started the job?

Everything changed o. On my first day at work, the CEO took me to all the departments and hyped me as a superstar that joined them to improve their content and design game. Later that day, the team presented a marketing plan for a campaign. This guy told us to fuck off and come up with a better plan. I was livid!

Did he use the F word?

Of course! That’s how he spoke to his employees. Any little thing, he’d say Fuck, fuck, or fucking. He would always add the F word as a prefix when making comments. I found it irritating. We returned to his office with a new plan, only for him to tell us that collectively, we were not bright. That guy was condescending. But I convinced myself that he was having a bad day.

Did all of this happen on your first day at work?

Around 3 pm that day, The CEO sent me a brief to design two flyers for an event. He CC'd all the department heads in the email. When I sent the designs to him, his reply was: ‘What the fuck? This is horrible, please redesign’. At this point I wasn’t thinking I’ll say “I quit my job.” But it was devastating.

That was my reaction. It would have hurt less if he had not copied everyone in the reply. I couldn’t even come up with anything decent after that because I was devastated.

It’s all in the past now. What convinced me that the environment was toxic was what happened at the close of work that day: The CEO came downstairs to announce that no one should leave the office until the accounting department had completed some report. This guy said this and left the office for his house.

Omo! When did they eventually complete the report?

I don’t know. The crazy thing is that no one left the office. Everyone was only grumbling, but no one had the balls to leave. When it was 7:30 pm, the HR manager walked up to me, and he told me that I could leave because it was my first day at work. He even advised me against informing the CEO that I left earlier than everyone else. The following day, while venting to one of their social media managers, the lady told me that the graphic designer before me had worked for only one week before quitting. At the close of work that day, I dropped their work PC and never looked back.

They didn’t try to reach you?

I sent an email to the HR manager telling him that the environment was too toxic for me. I don’t think anyone should have to work under that kind of person. That day I quit my job.

I Got Fired from Two Different jobs In One Year